In 2003, Mitch Albom (whose first book was Tuesdays with Morrie and a personal favorite of mine) wrote a book called The Five People You Meet in Heaven. It was an interesting read, as we followed the journey of Eddie, an amusement park operator who dies in a freak accident and goes to heaven. He meets five people in heaven, who all show/ teach him a lesson for his life on earth, and why these five people mattered.

Fast forward to 2018, Albom has come out with a sequel called The Next Person You Meet in Heaven. This time around, we follow the journey of Annie, the young girl whose life Eddie saved in the first book. Annie is the one who dies this time around, and ends up going to heaven and meets the five people who will show her why Annie’s life mattered with each of these five people.

Now, right at the start of the book, Albom sorts of gives a disclaimer that his vision of heaven is a very personal view. “I viewed heaven as a place where we encounter those we touched on earth, and where we get to see them again. There are many others [views], along with many religious definitions, and all should be respected. So this novel, and it’s version of the afterlife, is a wish, not a dogma.”

So for any of you with their own personal expectations of heaven should put your vision on hold and go along with Albom’s vision. There is no God, no angels, no Day of Judgment, no mention of Hell. In short, Albom’s heaven contains fast moving transportation, color changing landscapes and nothing short of a psychedelic acid trip. I also felt Albom may have been inspired by Robin Williams’ movie What Dreams May Come. 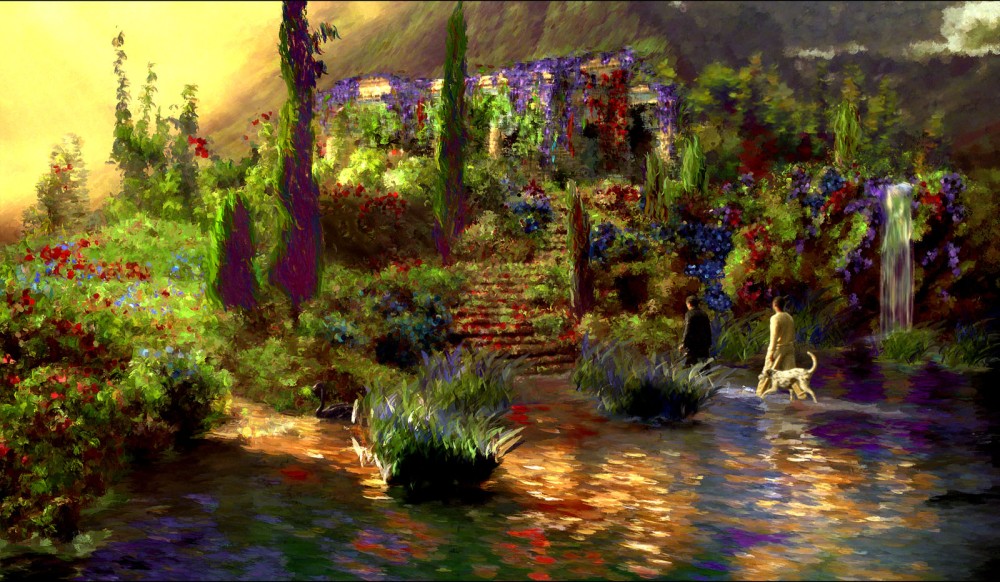 Interspersed between the passages detailing Annie’s death, are short anecdotes of Annie Makes a Mistake, and takes the readers back to a time in Annie’s life where she seemingly makes a mistake- right from when she was 2 years old to when she was 28 years old. These anecdotes all tie up at the end and we see that there is a reason for everything.

Annie meets the five people, and they are all people who Annie had encountered on earth. Some she remembers, other she doesn’t, but during the course of her meetings, she remembers particular moments and comes to realize the reason for their presence in her life. However, there is one cheat here and one of the five persons is not a person at all. So, I felt a little short-changed here.

Why five people? Albom doesn’t offer any explanation why Annie meets five people, and why not three people or eight people? All I could think of was one thing where repeated studies have shown that an adult is a summary of five people they are in contact with. I am not sure about this though, so it’s just a speculation.

OK, so get this. Albom’s version of heaven is not all picture perfect and sweet and fluffy. It’s actually pretty grim and morbid. From the moment when Annie wakes up in heaven, her mouth is sealed and she can’t speak to the moment where she encounters a young girl from the Philippines, whose skin is actually burning because she was burnt to death in her village. Then you have a recollection of the horrible disaster of the hot air balloon accident and how Annie plummeted to her death. In addition, you have a detailed narrative of how Annie’s hand was severed and the painstaking surgery that took place to reconnect her severed hand. One of the people who Annie meets tells her in details of his own severed limbs, and it’s not pleasant reading. To top it off, we have Eddie (from the first book) whose limbs are also severed and endures a horrible death.

Then you have the horrible moments where Annie recalls her parents fighting, the subsequent divorce, the relocation to a new city, the bullying at school and mom and daughter falling out. These are real tragedies, and not pleasant to read about it here.

This book, my friends, felt like a mixture of Stephen King level of gore fused, with some level of domestic tragedy weaved in, along with the heavenly fantasy. It just wasn’t an easy read.

In Albom’s view, heaven is a place where one is connected to five people he or she met on earth. In turn, those five people have encountered five people from their own lives when they died and came to heaven. However, it’s not all that sweet in heaven as these five people endure awkward situations in recalling their experiences on earth. In my mind, this is not the kind of heaven I’d be wanting to visit, where it’s just one huge mawkish tragedy of sorts.

“You meet five people, then you’re one of the five for someone else. That’s how heaven connects everybody.” (page 181).

I somehow had enjoyed The Five People You Meet in Heaven, but this sequel actually let me down. I finished it in 90 minutes (only 213 pages) and didn’t feel any connection to any of the characters. My heartstrings weren’t pulled and I wasn’t convinced of the world Albom had drawn out.

However, I did like one line at the end of the book which connects up all of Annie Makes a Mistake anecdote. “There are no mistakes.” (page 182). This one line reaffirmed one of my strong beliefs that there are no mistakes in our lives and that every action is meant for a reason. Of course, this is what I personally believe in, and this was the only point I connected to in the book.

Secondly, there is a rather unexpected twist at the end that caught me by surprise. I didn’t see it coming, but then again, this is Albom’s vision of heaven, and in his heaven, anything can happen (although it may lead some readers to feel question whether Annie actually went to heaven in the first place!)

Having said that, in my opinion, don’t read this book, and just stay connected to the first part, or better yet, just go back and read Tuesdays with Morrie.

Learn to Profit with the internet

The Life & Ramblings Of A Zillennial