“How cancer gave me a new life.”

That’s the sub-title of the book. It’s definitely something to think about. How could cancer give her a new life? As I read the book, I understood where she is coming from. It’s an extremely positive statement to make. Usually, we associate cancer with death, but in the case of Manisha’s own experience, she turns it into an extremely positive one.

I remember back in the 90s when Manisha Koirala made her debut in Saudagar. She was a fresh face and people took notice of her immediately. She was hailed as the Nepalese princess from the Royal Family of Nepal.

However, I truly fell in love with Manisha when she played the role of Annie in Khamoshi: The Musical. Khamoshi was a movie that’s very close to my heart and I would watch it on repeated viewings, primarily as it deals with themes around deaf parents. Manisha played Annie, daughter to deaf parents, and so we follow on her journey from childhood to her adult when she decides to marry a musical producer. It was her passionate and intense acting that took hold of me.

Manisha acted in several great movies- Akele Hum Akele Tum, Bombay, Dil Se and of late in Sanju. However, there came a period in her life when she took to alcohol, gained weight and spiraled downwards. The paparazzi and media hounded her, and sadly, no one knew what it was she was going through.

Turns out she had been diagnosed with ovarian cancer.

In a rather bold and brave statement, she says: 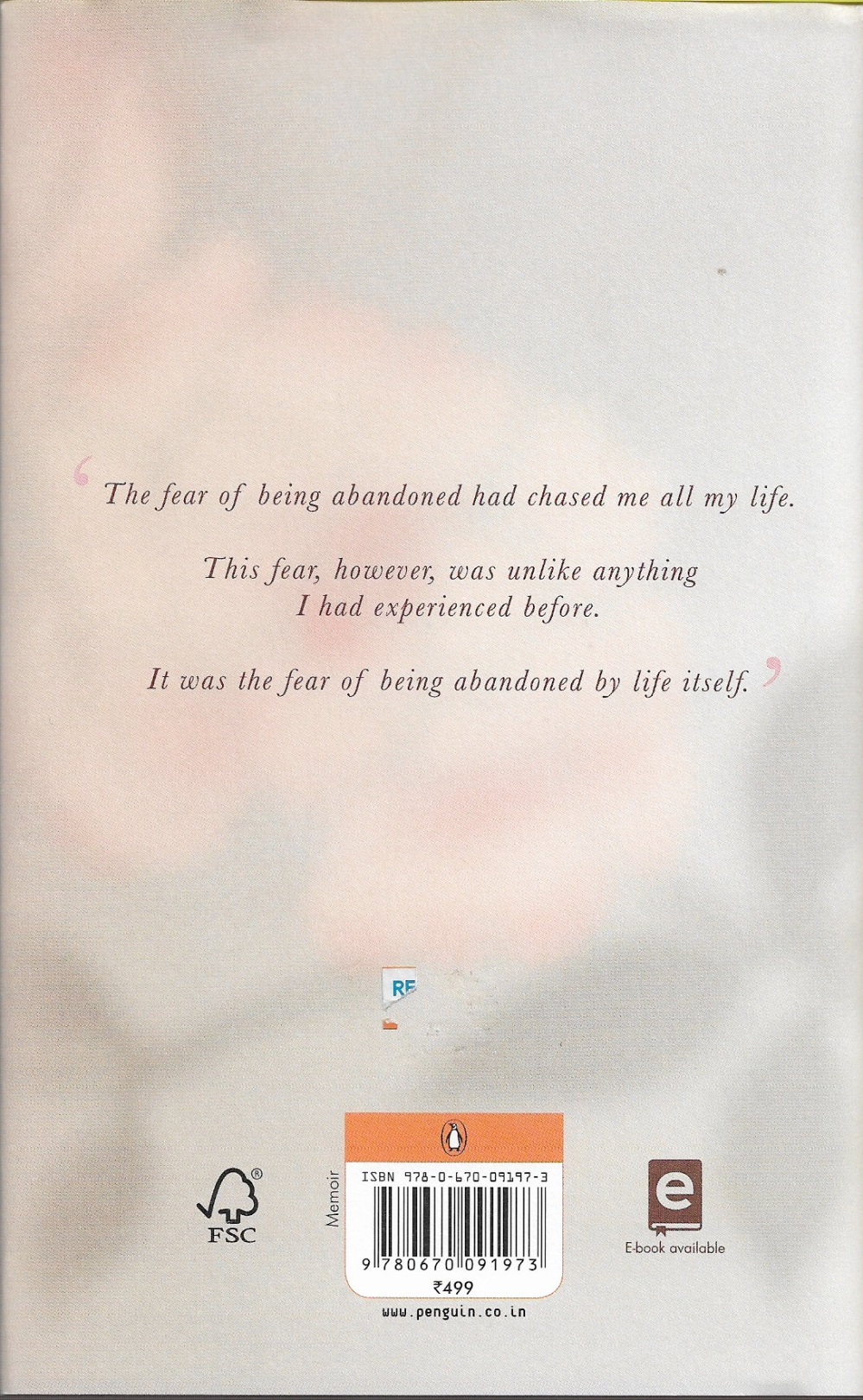 Healed is a book written by Manisha Koirala, with Neelam Kumar, that chronicles her journey from the initial diagnosis, to her treatment in New York, to how Bollywood saved her and her eventual comeback, with renewed priorities in life.

With 21 chapters- from That Sinking Feeling to New York to Chemotherapy to Cancer-Free to Lessons Learnt to Cancer As My Gift to the final chapter Living The New Me– all take the readers through the entire journey.

It’s a fairly easy read- I finished it in three hours straight- and very easy to comprehend. However, the subject is very personal for me and so each word she utters in the book struck close to my heart. My favorite part of the book is chapter 18: Lessons Learnt, Wisdom Passed On, in which she discusses in details all the triggers that she felt were the cause of her cancer- such as wrong lifestyle, emotions and lack of gratitude.

She is very honest about herself as she talks about her alcohol problem and relationships issues. Her downward spiral in Bollywood makes sense now as she was struggling with her diagnosis.

In one of the more difficult parts to read, Manisha talks about having her ovaries removed. For a woman, that can be a very traumatic and stressful thing to go through.

By no means does she hold back from her emotions- from anger to frustration, to hopelessness to denial to acceptance, love, and hope. She goes through all these emotions and more.

She keeps it real. It’s not only her struggling with cancer, but her entire family that feel the pain and agony as well.

My favorite part is chapter 19: Cancer as My Gift. This is a very powerful thing for her to say and as she explains in the chapter, cancer is not a death sentence, but rather it came to her to awaken her to strategize her life’s priorities. She lists down several things that have helped her to live a more meaningful lifestyle and bring harmony back to her life.

I think cancer came into my life as a gift. My vision is sharper, my mind clearer, my perspective realigned. – Manisha Koirala

Two things stand out: one, cancer became her teacher, and two, she was able to work through her issues by bringing her unconscious to the conscious and live mindfully in the present.

The Weak Bits (For Me)

I drew strong parallels with Manisha’s story and my own father’s. The initial shock at the diagnosis, the acceptance of cancer, the treatment plans, the chemotherapy and being cancer free was all the same experiences that I experienced along with my father. (which is why I was able to read so fast through the book). Cancer is a horrible disease indeed, but it can be treated and certainly does teaches a thing or two about life.

Cancer is something that can strike anyone and it struck Manisha Koirala, coming from a Nepalese Royal Family with major movies in Bollywood and several best actress awards. For the last six years, she’s been cancer-free and hopes to say that way.

After reading this book, I saw a very human side to Manisha Koirala. I started following her on her social media accounts and turns out she’s been appointed Goodwill Ambassador for the United Nations Population Fund, was involved in relief work following Nepal’s earthquake, promotes women’s rights, prevention of violence against women and spreads cancer awareness. That’s how she’s turned her life around.

Until then, I will remain self-contained, whole and happy in my own company, much like a previous oyster in its pretty shell. – Manisha Koirala