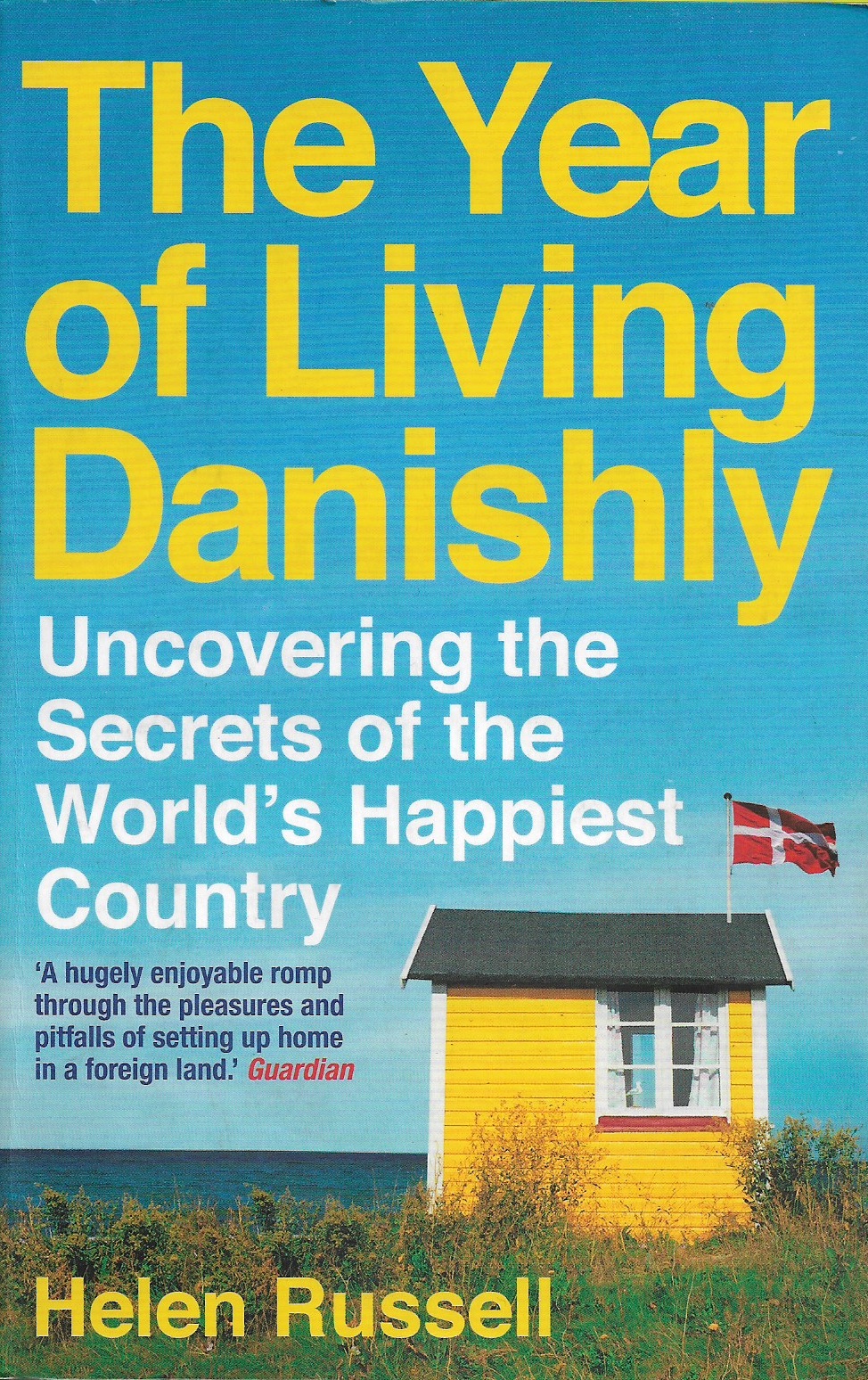 Reading time: 2.5 mins. (You can scroll right to the end to get a summary)

It was the subtitle of this book that caught my attention: Uncovering the Secrets of the World’s Happiest Country. That was it. World’s. Happiest. Country. I had a quick glance through the book’s contents and was intrigued enough to get this book.

Having just spent the last three days diving into this book, I cannot tell you how much fun I’ve had reading this book and have now come to understand in details why Denmark is indeed the happiest country in the world—despite the fact that winter months are dark days, high divorce rates and a high numbers of unhealthy and sick and rampant drug use. So what gives?

Helen Russell, who is a journalist, speaker and former editor at Marie Claire, was based in the UK and made her move to Denmark to be with her husband who took on a year-long stint at the Lego company. “You want to us to move to Denmark so you can work for Lego? Was he kidding me? Were we in some screwed up sequel to Tom Hanks film where grown-ups get their childhood wishes granted?” 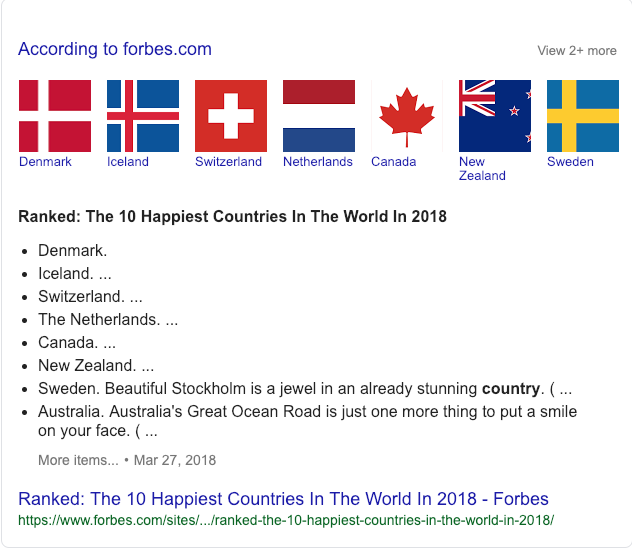 So, Helen makes the move to Denmark and takes it upon herself what she called The Happiness Project- each month she would document her life, learn from the locals what makes Denmark the happiest country in the world. In the introduction chapter, she shares some quick information:

Helen also talks to local Danes, who share their reasons why they are happy people:

The concept of Hygge has caught on like wildfire and is probably Denmark’s greatest export. Hygge basically is a word for a mood of coziness and comfortable conviviality with feelings of wellness and contentment. Candles play a huge part.

Hygge could be a bakery (bakeries are a huge thing, and we are all aware of world-famous Danish pastries), dinner with friends, alcohol, anything that brings comfort to you.

Danish homes are centrally heated, minimalist designs but designer furniture. They spend a lot of time indoors, and the design aesthetics plays a huge part in the happiness factor of the inhabitants of the house.

At Lego, Helen’s husband discloses how each day, as part of their work life, there is a routine where “everyone in the office takes it in turns to bake and bring in rolls and pastries.” Lunch is taken around 11-1130, and it is a communal thing at work. Also, no one uses titles and no one wears a tie.

The attitude at work in Denmark comes to “arbejdsglaede” which is translated as “happiness at work.” Even though Helen’s husband works at Lego, she ventures out and explores other companies and her research shows the same happiness at work attitude in everyone.

Danish people spend a lot of time in sports, clubs and other activities. Whether it’s walking, gymnastics or card games, they keep themselves physically active. Clubs promote “unity, harmony and equality,” according to a local Dane. Also, every Dane has a hobby, that keeps them mentally active and healthy.

Helen also takes the time out to start learning the language, and in the process realizes that Danish people take learning as a lifelong endeavor. “It keeps our brain working and challenges us- there’s a sense of achievement to lifelong learning.” By keeping themselves busy during the week, their Sundays become ever more peaceful to rest and recuperate.

Danes love their animals. Whether it’s dogs, cats or cows, they make huge efforts to look after the animals. Cruelty to animals is illegal in Denmark. However, they are carnivorous people and will eat meat. They don’t get sentimental about animals, but will truly look after them,

May: Traditions & Getting Told Off

Danish love their traditions and each celebration is celebrated with fervor and patriotism. There are also certain rituals, such as Confirmation, that takes place in the lives of Danish children, and these traditions keep everything organized and systematic- in other words, they find happiness in their traditions and cultural practices. “Religion can’t make you happy, but traditions and special cake can.”

Gender equality isn’t as high as it’s made out to be, but in comparison to other nations of the world, Denmark is very close to achieving total equality between man and woman. Feminists are still working hard and there are some incredible women working in the government who are going out of their way to make lives for women better.

One of the surprising things Helen discovers is that violence is high in Denmark. 52% of Danish women have been victims of physical and sexual attack, according to an EU study. A local expert ties this down to the fact that women are in all public spheres of life, and violence comes down to their cultural and structural explanations in the country. However, a local expert discounts these figures with their own local research which shows violence against women has actually declined.

July: Going Away & Playing Away

In July, Denmark shuts down. People go away on holidays. It’s an important part of the year, for going away on holidays contributes to their happiness. However, as Helen finds out, two-thirds of the couples end up arguing on their summer breaks. It turns out, according to a lawyer, that July is the month in which they receive the highest numbers of requests for divorce.

Having said that, a divorce in Denmark is not seen as a widely negative thing. It’s seen as a right for the man and woman to seek divorce to find a partner that suits them. Ultimately, a lot of the divorcees do find ultimate love in their second partners. In addition, a woman getting divorced in Denmark is often given help by the state- her child is looked after, she receives money and she can get back to work without any hassle.

A divorce is not the end of the life. According to happiness expert, “It’s because we have equality and freedom.”

August: The Kids are Alright

There is such a high level of trust in Denmark, that mothers are comfortable leaving their babies outside in the prams while they go inside the shop for quick errands. Helen tags along with some local mothers, who say that “Denmark is the best country to raise up children,” for a typical day at a nursery. Fees are affordable and children learn and play leaving them relaxed at the end of the day. Children are not just bound in a building, but they are taken outside of the school building, where they can learn a lot more. “It’s like the Lord of the Flies, but with a happy ending.”

Schools are also an equal playing ground for children, where there is no discrimination, and there is equality on all levels. Children don’t wear uniforms and “all emphasis is on a child’s autonomy.” There is a unique relationship between a teacher and a student that is based on respect and the fact that you are equal to each other.

Amazingly enough, “Danes get all of this {university education} for free and get paid for the privilege.” In addition, “After graduating from your bachelors, you might do a masters or another degree after this…you probably won’t finish your studies before the end of your twenties or early thirties- but you’ll have a wealth of life experiences when you enter the workplace.” With Danish parents investing heavily in the child’s education, with no cultural or parental pressure, it’s no surprise to see parents and children ending up being happier.

Copenhageners get the best food in the world

They get the best cultural offerings

October: In Sickness & In Health

Denmark has one of the best healthcare systems in the world, but with one of the worst records for poor lifestyle choices. They may end up being alcoholics or heavy drug users, and they don’t worry too much about it because they know the system will pick them up and help them restore their lives.

This is the time when the dark weather sets in with minimal sunshine. It’s easy to fall into depression, especially for those suffering from Seasonal Affective Disorder. However, Danes get on by with help from friends, candles, and cake. They also have a knack for looking at the positive sides of things. “The secret to getting through winter is staying inside,” says one local. “To be truly Danish, you must learn to embrace the winter weather.”

December: Trusting the Taxman (or Woman)

This month is known as the tax month. Danes pay a ridiculous amount of tax in the country, but they don’t mind because they know that money can’t buy them happiness. Also, in return, they know they are getting one of the best healthcare and education system and a very well-balanced work-life schedule. In short, “What can make you happy is being more trusting and living Danishly!”

It was indeed a fascinating journey through the one year of living like a Dane, and certainly, a lot of it comes down to their cultural elements. There are definitely some elements that we can implement here in Pakistan- maintain trust, eliminating corruption, a welfare state, strong lawmakers, fixing up education and healthcare systems- but for that, we need competent and trustworthy leaders. On a small level, happiness can be attained if we follow the lifestyles of the Danish people- reminding ourselves money doesn’t bring happiness, it’s important to maintain a healthy work-life balance, investing your time in a hobby or sports, eating fresh foods, taking a month off for holidays- all simple things but hugely effective. 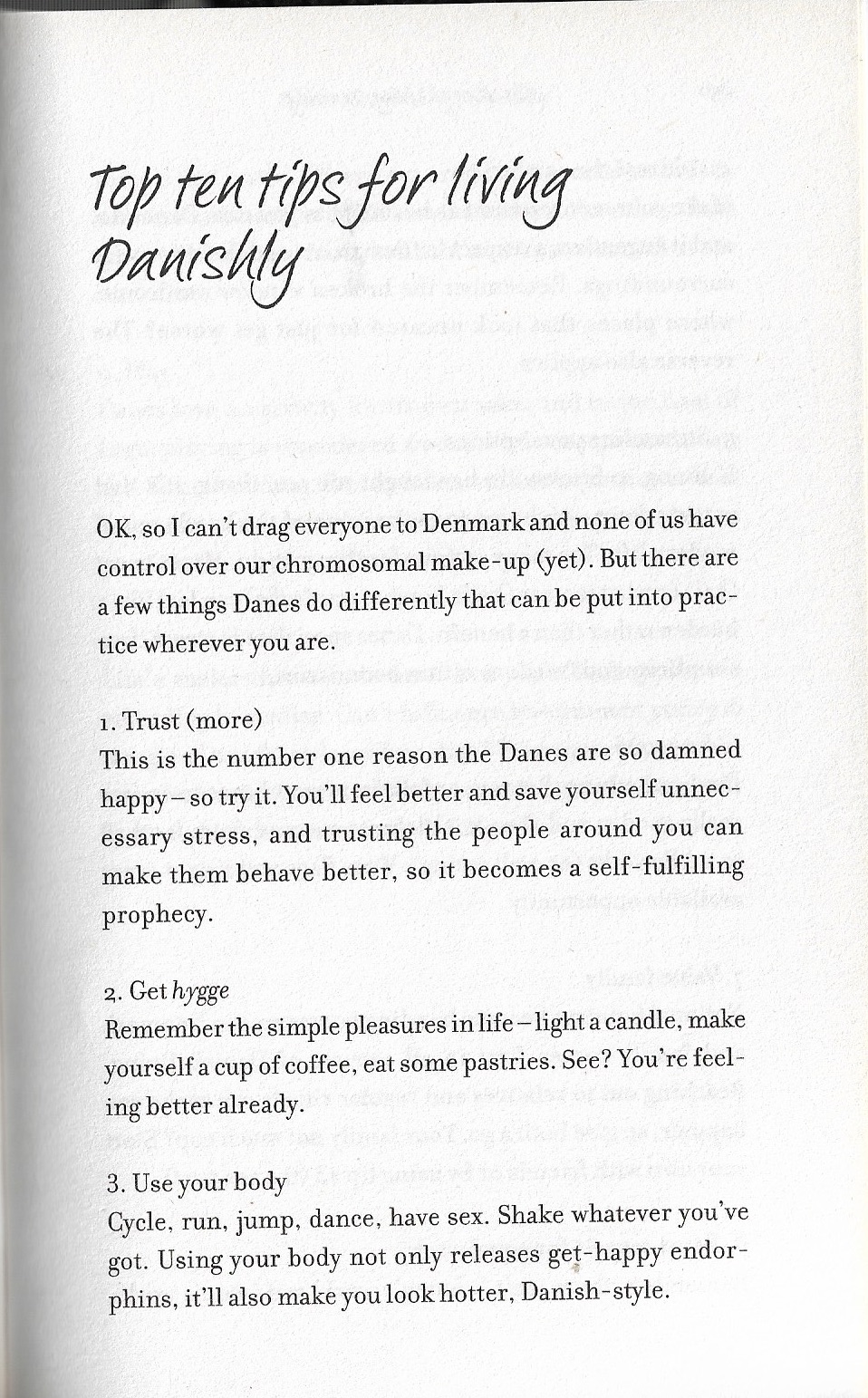 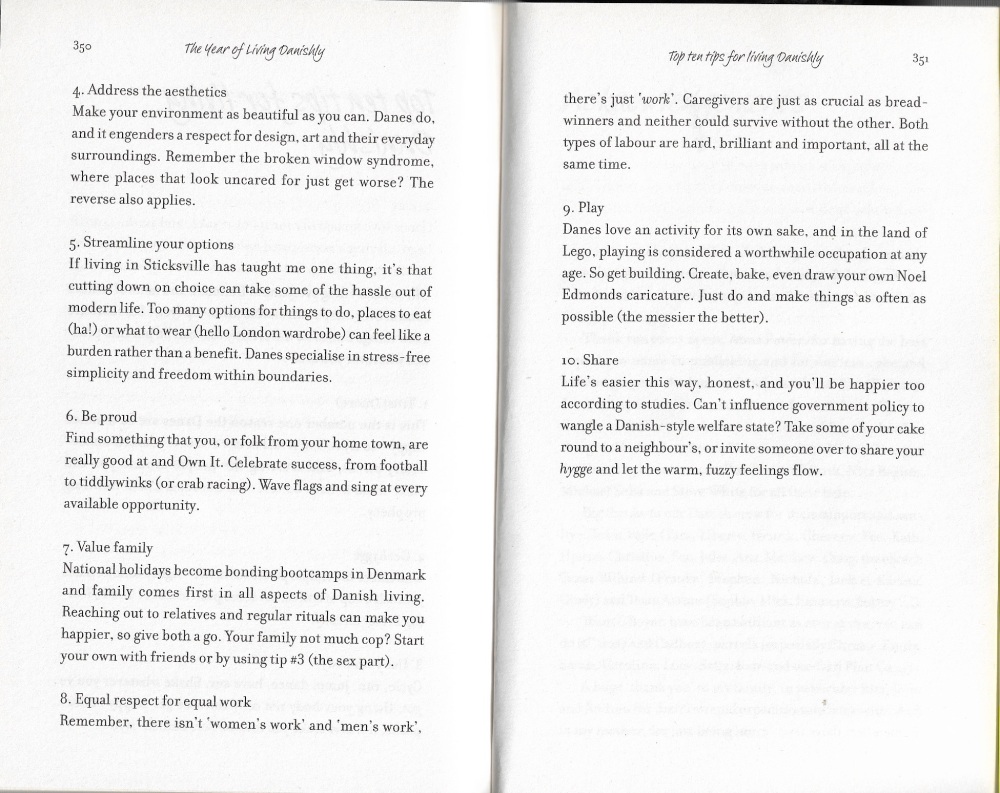 Welcome to my blog! I am so excited to have you here. I love reviewing the books I read, the places I travel to and the food that I eat. Although I am an architect by profession, I am currently working as a psychotherapist who is also NLP certified. On the side, I am also running a small home-made bakery, Bake My Day. which is a charity initiative I have taken. View all posts by Mansour Ahsan