A chance meeting with a friend led us to having had lunch today at Que Rico, the Spanish restaurant in Lahore. Ever since my return from Spain last year, I’ve been wanting to try out Que Rico, just to savour the Spanish delicacies, aromas and flavours. 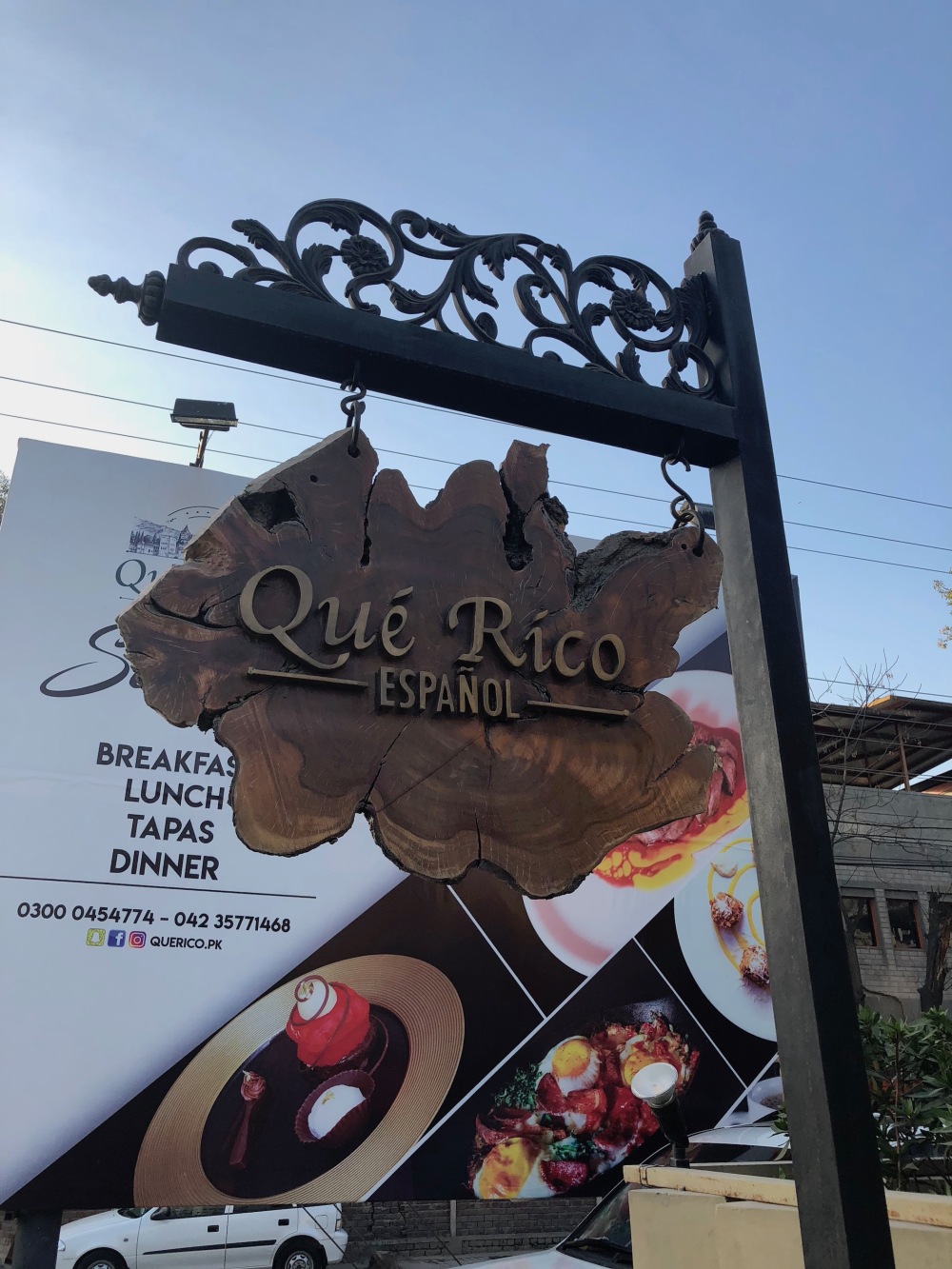 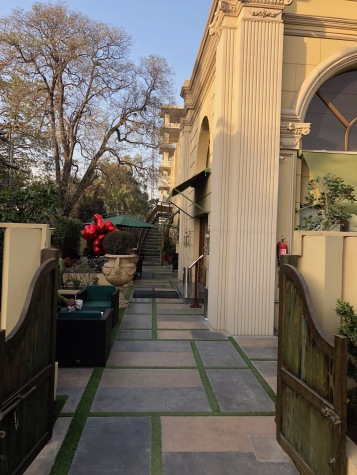 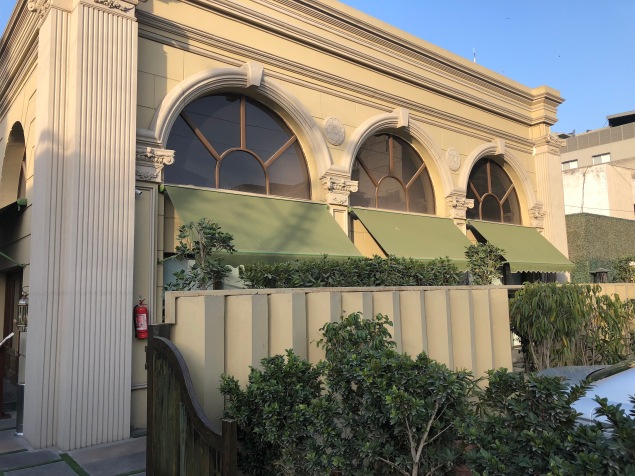 Que Rico is located where Yoglicious, The Urban Cafe used to be. We met the man and brains behind Que Rico, Taha Hammed, who shared with us his desire to bring the Spanish cuisine to us in Lahore. There were some teething problems, as he shared, but he has everything under control.

The general ambience was rather welcoming, and we were given a table next to the window. The weather was pleasant and we could have had sat outside, but opted for inside. We were greeted rather warmly and were looked after well by the servers and the floor managers (there were two!) 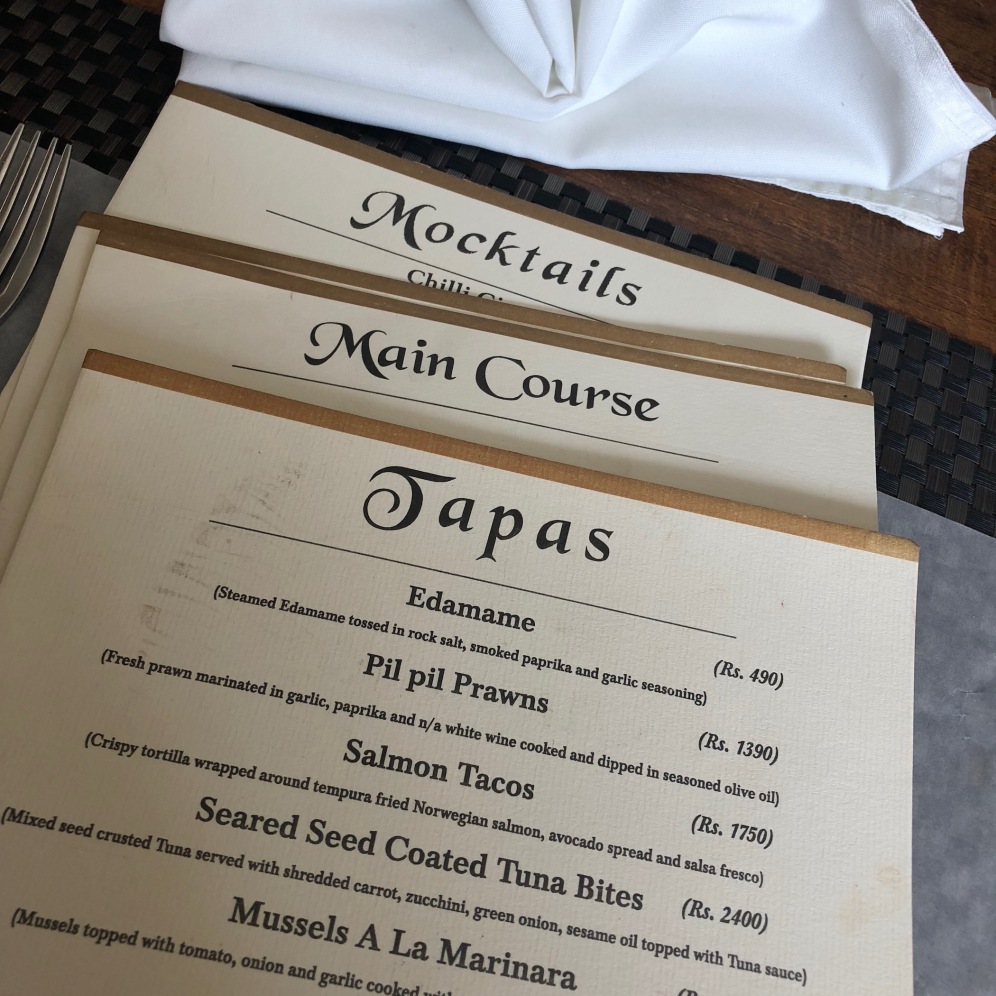 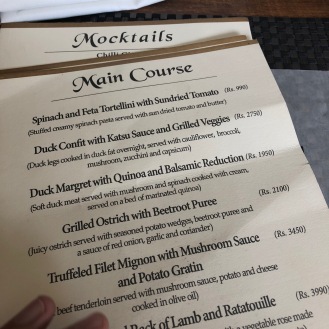 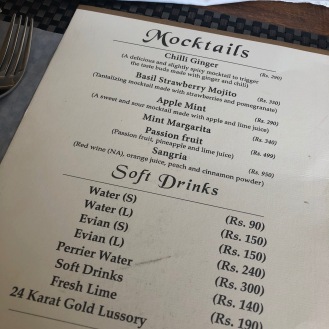 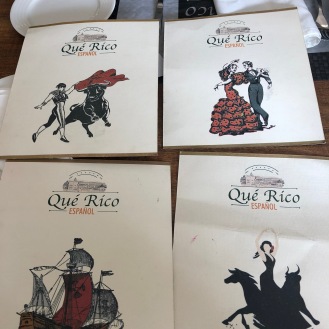 We were served a welcome bread basket (some delicious, crisp bread) and mango shots, which were fun to have but clearly over-hyped.

I insisted in the Tapas, and while they were somewhat different than what I had experienced in Barcelona, I was still excited. We got the Croquettes and Chicken Taco.

The croquettes were basically mushrooms wrapped in a batter friend potato cover. It tasted just about all right, but nothing that would set it apart as distinctly Spanish in its flavours. The Chicken Taco, however, were a huge hit, and I fell in love with them. The right amount of salsa, guacamole and chicken just took me back to La Rambla in Barcelona.

The drinks were Passion fruit for me and Chilli Ginger for my friend. My drink was served in a beaker (that prompted shaving a conversation about using beakers in chemistry classes in school) into which the server poured in passion fruit. The beaker was served inside a bowl that had dry ice emanating from it. A gimmick which was used to keep the drink cool. The Chilli Ginger was a breezy drink that hit the spot.

For the main course, we opted for the Duck on a bed of quinoa. It was a very daring move on our part to go for the duck, and so we did. Sadly, the duck meat wasn’t soft at all, as mention in the menu. The owner Taha later explained how the duck is Brough in from Germany and kept in storage, and it all depends on how well the cook cooks it: overcooks or undercooks. In our case, it was overcooked. He profusely apologised and invited us again next time to have a better experience. The quinoa was much much better so we ended op finishing the quinoa.

The churros were served to us to complimentary, and it wasn’t anywhere near the actual churros I had in Madrid– it looked the same but tasted rather different.

All in all, Que Rico is a brave on its part to enter the Lahore’s food market. There ‘s a lot of competition out there, and surviving as a Spanish only restaurant may prove to be a tough battle. However, Taha, and the other managers were adamant to succeed, and shared with us their future plans. We wished them all the best, but in all honestly, I don’t see myself going back there, mainly because when I am paying 2500 rupees for my meal, I want something worthy out of it. I could have easily gone down to a local Pakistani restaurant and got a better tasting meal for much less amount.

Having said that, I wish Que Rico lots of luck!