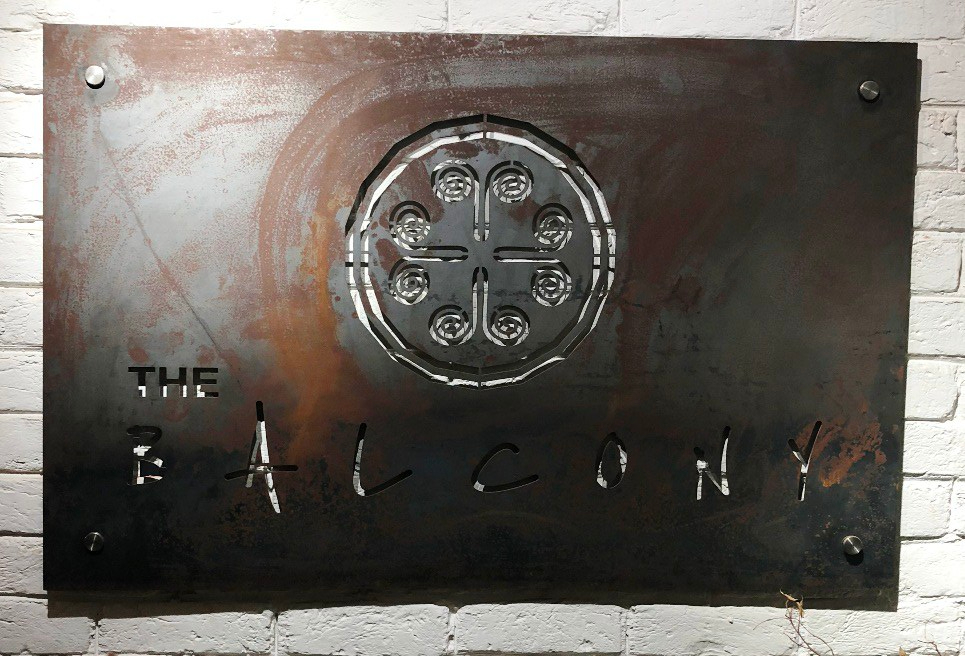 Several months ago, I noticed a new restaurant had opened up in the now very popular Mall 1 area (which is overcrowded with a plethora of restaurants now) called The Balcony. From the outside, the eatery looked gorgeous, with diners sitting on the balcony.

However, when we ended up here last night, it was a decision we regretted badly. Our initial plan was to go to Bamboo Union, but the waiting list was rather long so we opted to go to a place which has no waiting list, and The Balcony was unusually empty. We did question as to why this would be the case? Is the food bad? Why aren’t there people here like there are other neighboring restaurants. Against better judgment, we still went ahead.

The interior of the eatery didn’t really do anything to entice the diners. We didn’t feel welcome, and the cold greetings from the waiter wasn’t welcoming at all. Since the entire balcony was empty (this was at 9pm), we found a place at the edge, overlooking the main road below (bad idea– the car traffic, constant honking didn’t allow us to have a normal conversation!) 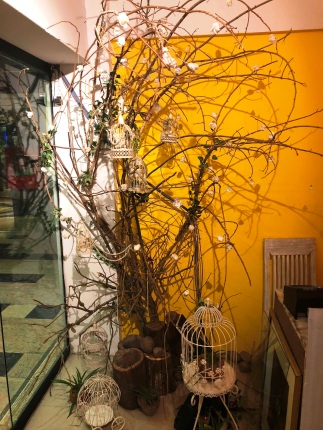 Anyways, so the menu came and on the specials menu was Balcony’s Shakshuka, which when we attempted to order were told that it’s not available as it’s a breakfast item. We questioned as to why it’s mentioned on the Specials and the two waiters just stood there dumbfounded. “Yes, sir, it shouldn’t be on the Specials menu.” We didn’t make an issue out of it and proceeded to order Mozzarella Sticks, Chicken with Honey Sauce and Herb Chicken.

Since my friend who was treating me for dinner was visiting from London, we got caught up in our conversations over art, movies, culture, music, blogging to not let the outside noise bother us (yes, we could have gone in, but they didn’t allow smoking inside!).

First up: Mozzarella Sticks. I strongly felt that The Balcony shares their chef with Eataly Ristorante, which is right around the corner, because they tasted exactly the same: not good. I mean, I’ve had better mozzarella sticks from Burger King in Dubai! The sticks tonight just didn’t do well with us for the cheese was not warm, not cheesy and certainly not edible. It was getting stuck in my throat.

So when we were served the mozzarella sticks, the waiters didn’t bother serving us plates and cutlery and so I wasn’t sure how they were expecting us to eat the sticks. It was after five minutes they a waiter was flagged down and reminded to serve the plates and cutlery as well.

My main course, Chicken with Honey Sauce, was honestly just about average. It was a breaded fillet chicken with a huge dollop of honey mustard sauce. The chicken was edible but the sauce was overwhelming. I had to remove a large portion of the sauce to maintain just the right amount of sauce to go with the chicken.

My friend’s meal, Herb Chicken was exactly like my chicken, except they put another sauce with a dash of herbs. His comment to me was: you know what, usually they put the herb inside the sauce to give it an even flavor, and what I see here is no herbs in the sauce, but just a sprinkling of herbs on top. His chicken meal did look sad. Mine looked sad too. Which is why we both left our meals. 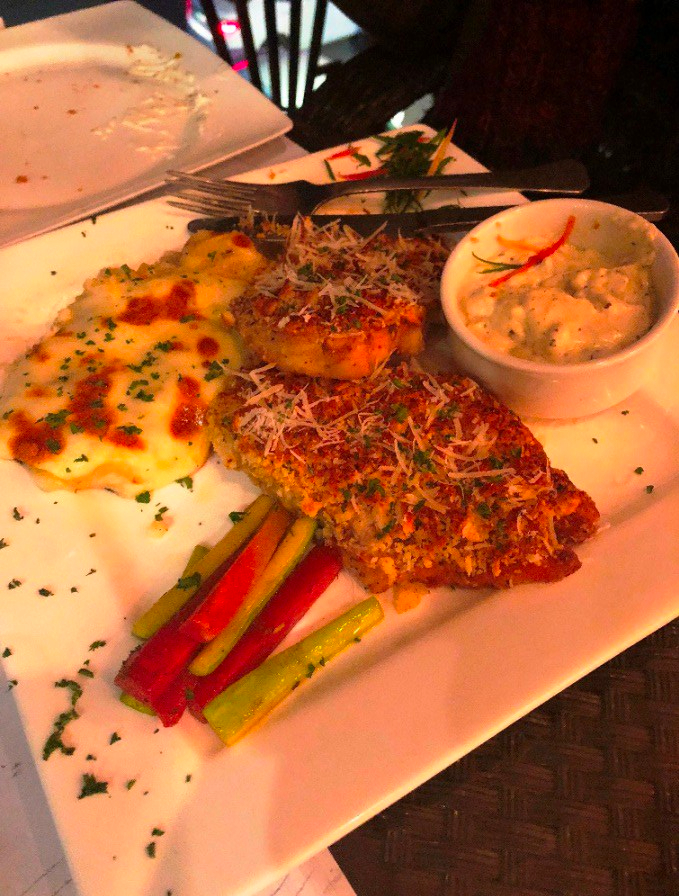 By this time, we were totally ready to leave. Our waiter, Rohail, who served us got a handsome tip from us and we left him a great comment card. We didn’t want to fault the waiter at all, they were merely doing their job. However, we did want to fault the management running The Balcony. I am not sure who is checking the quality of food, or even the training of the waiters.

The Balcony is a sorry excuse for a restaurant and I am not sure if it will survive in the long run.