I will be the first to admit (just because no one else will) that I became an addict to my phone (don’t blame me, the iPhone X is too gorgeous!). More than the phone, I’ve become an addict to the social media, namely Instagram and Facebook.

I remember back in 2014, around the time when my father had fallen very ill, I deactivated my Facebook account for six months. It was a scary step for me at the time as I felt I would be totally disconnected from everyone. Little did I know how much happier I would become. Friends who merely messaged me online now started to call me. Instead of meeting each other virtually, we would meet up in person for coffee or dinner. If anything, friends living abroad started to reach out to me and I actually had live phone conversations. I reveled in the “human” touch to my relationships with everyone.

Fast forward to 2016, Facebook is out and Instagram is all the rage. Instead of witnessing some awesome photographs, we get to witness into the lives of every account holders. It’s also all about the number of followers– which is no true benchmark to assess how many are organic and how many are fake. There was a huge outcry when Instagram did a huge purge and celebrities literally lost 1000s of followers overnight.

I had restarted my Instagram account as I was trying to minimize my Facebook usage. I have to admit that Facebook is an excellent tool to keep in touch with friends who are abroad. However, I was allowing these two social media platform to control me when it should have been me taking control.

Instagram was quick and easier to manage, as all I had to do was post a picture. I took it as an online journal of mine, to document my life in Lahore and abroad, which included where I eat, what book I read, what movie I saw and where I am traveling to. It started to become addictive when more and more people started to comment and making it an interactive session for me. I enjoyed connecting up with different people from different parts of the world. Soon enough, I was sucked into it, as I started following my favorite authors and actors. In short, I became an addict.

Of late, there is news going around of how a lot of people, especially the younger generation, are leaving the social media. A recent statement by an ex-Facebook VP shared the dangers of using Facebook and takes the blame for messing up people’s lives.  He shared:

“Bad actors can now manipulate large swaths of people to do anything you want,” he told the audience. “And we compound the problem. We curate our lives around this perceived sense of perfection, because we get rewarded in these short-term signals — hearts, likes, thumbs up — and we conflate that with value and we conflate it with truth. And instead, what it is is fake, brittle popularity that’s short-term and leaves you even more, admit it, vacant and empty before you did it . . . Think about that, compounded by 2 billion people.”

Time Magazine says that Facebook is about to lose 80% of its user in its report. While another study has explored into why more and more people are leaving social media platforms. Funnily enough, the number one resolution of 2018 among users is to quit social media.

There are numerous studies online that has shown excessive use of Facebook and Instagram are causing depression, low self-esteem, jealousy, envy among its user. Everyone seems to be living the perfect life. There is ample reason for anyone to feel jealous of other people’s holidays, dining, shopping and cool experiences, all the while watching the pictures from their dreary office space.  What one realizes is that everything is fake– no one has the perfect life the way they do on Facebook and Instagram. Instead, the way I see it, these people are seeking validation from others out there, and get a kick out from the number of likes and comments they get.

As I am delving myself more and more into reading, one common thing pops up among a lot of the influential leaders and CEOs: don’t use social media unless it’s absolutely necessary. They instead talk about reading more books, discussing ideas with others, indulging in creativity and innovation, and focusing on self-growth- mind, body, and soul. Sleep is another important element a lot of these CEOS talk about: those 8 hours sleep is a must!

So, I took the plunge today morning and decided to go for a digital detox from Instagram. Instagram was not serving me any good, or enhancing my life, or giving me an opportunity for self-actualization. Instead, it just made me into a defunct vegetable just scrolling through the pictures to see what other people are up to. It was NOT doing me any good at all.

I have also minimized my use of Facebook (earlier I would be posting/ checking in almost everywhere) and now I have limited my use. I use it to keep in touch with friends abroad and to share my articles. I have un-liked a lot of the celebrities pages and focus on my interests only- books, literature, movies, culture and self-growth.

Don’t get me wrong. I don’t think there is anything wrong with both these platforms. Some people are thriving with their business, while others are making loads of money on it by endorsing products. Others use this platform to share their passion, while some use it to share their breath-taking pictures. But these types of users are far and few in between. It’s just that it wasn’t doing me any good. Technology can be useful and harmful at the same time, and it all depends on how we use it.

So I am off Instagram, in the hope that I get rid of my addiction. I am using Facebook minimally. Instead, I am focusing on my real life, meeting up with real people, creating new friendships, polishing up on old friendships and live a more meaningful real life. I will be able to declutter my life, keep it more productive and healthy, and ultimately happier. Keep in mind, a digital detox doesn’t mean one abandons the social media altogether. It merely means one is taking a break for a time defined by oneself.

Note: If you feel you are in the same boat as me, I encourage you to read Arianna Huffington’s Thrive (she talks brilliantly about getting 8 hours of sleep, and prioritising life- means, less social media, and more human interaction) as well as Russell Brand’s Recovery (his 12 steps to break addictive habits is staggeringly amazing!). 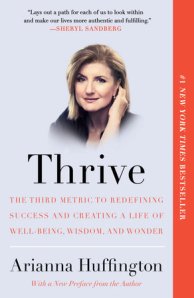 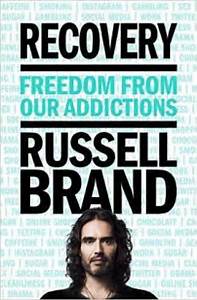